FEATURE STATE: Kubernetes 1.5 alpha
This feature is currently in a alpha state, meaning:

You can replicate Kubernetes masters in kube-up or kube-down scripts for Google Compute Engine. This document describes how to use kube-up/down scripts to manage highly available (HA) masters and how HA masters are implemented for use with GCE.

You need to have a Kubernetes cluster, and the kubectl command-line tool must be configured to communicate with your cluster. If you do not already have a cluster, you can create one by using Minikube, or you can use one of these Kubernetes playgrounds:

To create a new HA-compatible cluster, you must set the following flags in your kube-up script:

Optionally, you can specify a GCE zone where the first master replica is to be created. Set the following flag:

The following sample command sets up a HA-compatible cluster in the GCE zone europe-west1-b:

Note that the commands above create a cluster with one master; however, you can add new master replicas to the cluster with subsequent commands.

You don’t need to set the MULTIZONE or ENABLE_ETCD_QUORUM_READS flags, as those are inherited from when you started your HA-compatible cluster.

The following sample command replicates the master on an existing HA-compatible cluster:

You can remove a master replica from an HA cluster by using a kube-down script with the following flags:

The following sample command removes a master replica from an existing HA cluster:

If one of the master replicas in your HA cluster fails, the best practice is to remove the replica from your cluster and add a new replica in the same zone. The following sample commands demonstrate this process: 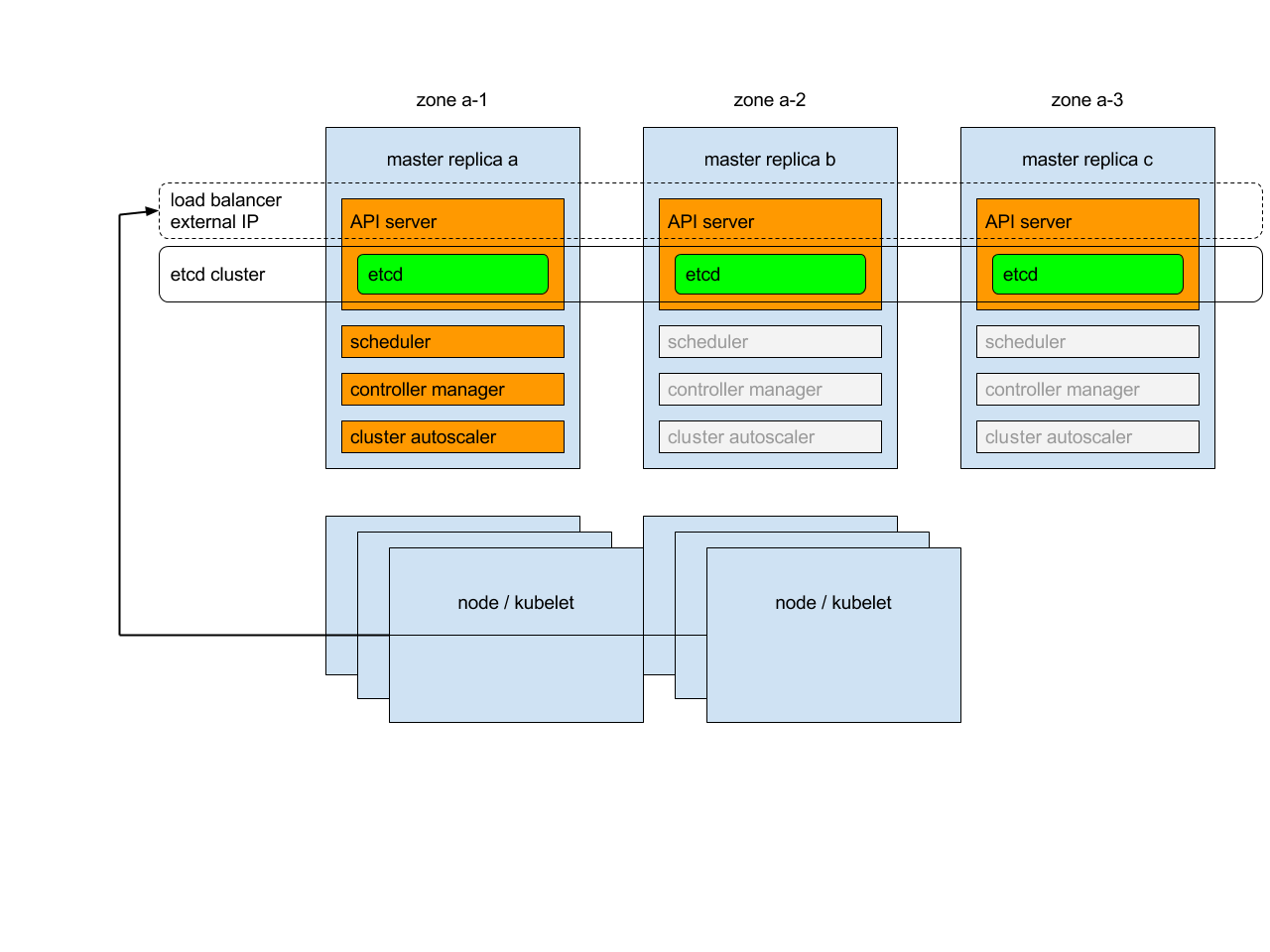 In addition, there will be a load balancer in front of API servers that will route external and internal traffic to them.

Instead of trying to keep an up-to-date list of Kubernetes apiserver in the Kubernetes service, the system directs all traffic to the external IP:

Similarly, the external IP will be used by kubelets to communicate with master.

Was this page helpful?

Thanks for the feedback. If you have a specific, answerable question about how to use Kubernetes, ask it on Stack Overflow. Open an issue in the GitHub repo if you want to report a problem or suggest an improvement.